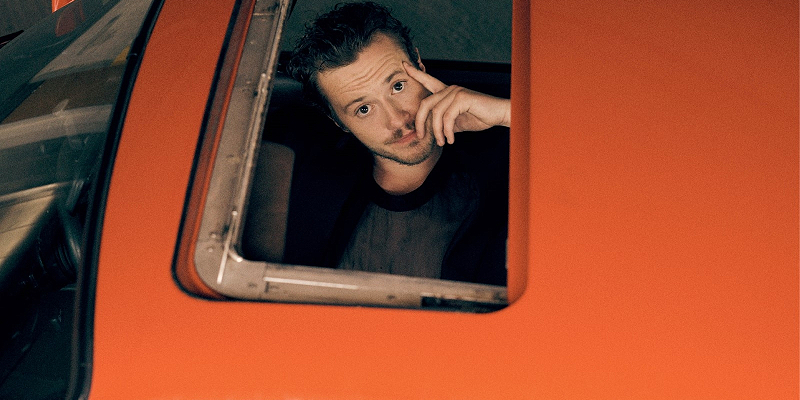 If you haven’t heard of Joseph Quinn, where even have you been? Debuting on the latest and fourth season of Netflix’s cult show Stranger Things as the lovable metal-headed Eddie Munson, the only way to describe his unprecedented ascension to the spotlight is: catapulted. Which is why, we present to you Joseph Quinn in a red Porsche. What more could we desire?

To start, I just want to know how you’re feeling! How are you?

How am I feeling? I’m feeling good today! I think it’s just about taking the rough with the smooth. It’s an extraordinary change in my life, and one that I feel very, very grateful for. There are little moments of feeling like: I’m not in control of any of this, but I’m trying to just let it happen. But it’s in those moments, I feel even more grateful for the people that I have around me, because that’s what matters most, you know? My friends and my family, they’ve been such rocks during all of this. They’ve really been brilliant. I’m not complaining. It’s been amazing.

What have you done since you’ve had this catapult moment to ground yourself, and find stability in the whirlwind of it all?

I think I’ve tried not to be too critical of myself; it’s been very helpful. Allowing myself to make mistakes and not trying to negotiate it perfectly has been helpful. And whenever I get overwhelmed, also just calling people all the time. I’m leaning on very close friends who are very important, and I find myself only wanting to hang out with very few people. But also through this kind of craziness, I’ve made some wonderful new friends. I was on holiday in Italy recently with some new people who are just wonderful and great, and that was a real treat. This life can really introduce you to some amazing people and experiences.

What do you think it is about your character [Eddie] that’s resonated with so many people?

The overriding message that I get from fans in relation to the character, is how they love that he’s not demonised. Well he is a little, by the Hawkins community. But I think in the narrative structure and through the writing of the [Duffer] brothers, they’ve really humanised him so you care about him. I think normally there can be lots of broad brush strokes around characters like that – like metal heads as people who are kind of intense and angry and don’t have the empathy. But this role was written so eloquently for him. I can’t take credit for it at all, it was all there [in the writing]. And I suppose because he’s an outsider and represents being different, and doesn’t really apologise for being different either. We all have moments of disliking ourselves or being hard on ourselves. I think it’s about him being himself and being brave, is what people have taken from him.

You have a bevy of work that you’ve done before Stranger Things from theatre to television to film. What thrills you most about this work, and do you prefer being on a live stage or on a set, or potentially, even behind the camera?

In whichever context, it’s the collaboration that thrills me. Everyone’s there to serve something greater than themselves; they’re there to do the best that they can. In every single world, particularly for film and television, there are so many different departments and without one of those departments, everything falls apart. You know, if people aren’t fed, they’re not going to be able to work; if the transport team don’t get everyone there, we can’t work. We can’t work if the lights turn off, we can’t work if the camera turns off, we can’t work if the actors aren’t ready and don’t know their lines. It’s this kind of beautiful co-dependency that everyone has, to make something that wasn’t there before. That’s the thing that I enjoy about it the most.

No, I just watched my show reels over and over. Joking! [Laughs].

Do you see growth in yourself as an actor from when you first started to the roles you’re doing today?

Yeah, I guess I can! And that’s a really interesting question as well. It’s not like I have a huge body of work to compare it to. My first job was this lovely series called Dickensian, which was something I felt so lucky to be a part of. I saw some of its repeats, so I’ve watched a little bit of it. And I definitely see [growth] a lot of pushing and a lot of failure, really. Every actor has been there. If you’re looking at yourself, you’re obviously going to be trying to find the flaws in your performance. With Eddie, it was a very weird experience because obviously, I had this big wig on and I was trying to do my best American accent. So there was this kind of physical and role difference at the same time. But it was very funny, because you’re watching everyone who you’re friends with do their thing and then you kind of pop up and that’s very surreal! But the best experience from watching Stranger Things was watching what everyone else had done, you know? Because there were so many different stories and it was lovely watching the work that David [Harbour], Winona [Ryder] and Brett [Gelman] had been doing and watching the California storyline. It was great to see it all come together.

There’s been much talk about your status as a budding fashion icon. Tell me a little about your personal style.

I don’t know if I could describe my style sincerely and be able to take myself seriously! I don’t know; I wear what I like I guess! I wear what I feel most comfortable in and I like the autumn season, when you can kind of layer up and still wear shades. I like that time of year for fashion. I have very little experience with it all really; it’s only recently that I’m kind of leaning into it a little bit more. I actually really enjoyed the creative agency and experience of this shoot with Charlie [Gray] and getting to try new looks, it was really rewarding. But I haven’t like been on a massive shopping spree or anything like that, or changed my wardrobe. Honestly, I haven’t really had the time! But I do enjoy wearing Gucci when I can.

Are you struggling to reconcile the reaction there’s been to your new status as a sex symbol? You’ve become an overnight sensation and quite the poster boy.

I think it’s synonymous with just being better known. I don’t think there’s anything particularly interesting about me other than I’m new, that is making me a ‘poster boy’ [in your words]. It’s very flattering, don’t get me wrong. It’s very sweet. But I guess, how am I dealing with it? I’m doing the best I can!

This month, our issue is all about Desire. What do you do desire the most in the world?

That’s a really good question. I think security for my family; I want them to be alright. Desire…it’s kind of hard to keep a relationship going in this business. It’s quite hard to feel supported by someone else, and feel that someone’s in your corner. That’s a really lovely feeling. But it’s hard. At times, it also feels like quite a selfish job. Because you just kind of go where the work goes, and there can be very little room for conversation and compromise when it comes to that. So, it’d be nice to meet someone nice, you know? And to just keep working on stuff that I find interesting with people that I admire and can be challenged by. It’s a very different lens to look through the work now, because I never thought I’d have any choice. That’s the best thing that’s come from this. There’s more of a suggestion of choice, and having a bit more agency over the projects that I could be a part of, which is another desire. That’s a great thing. But yeah, I guess a nice role, someone nice and a nice house would be great [smiles].

Can you share a special secret talent or skill that you possess, that no one knows about you?

Secret skill… I feel I’m a pretty decent chef. Nothing crazy, but I could surprise someone with a good meal.

Now I have to ask what your signature dish would be?

My signature is probably a roast – and I’ve kind of got the timings down too. It’s a pretty well-oiled machine!

Anything you’d like to tell your fans in Singapore, Asia and otherwise?

Just thank you. I’m so grateful for the overwhelming support. Yeah, lucky me.

Added the photoshoot of Joseph Quinn for Esquire (Singapore) to our photogallery!. 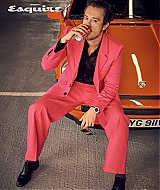 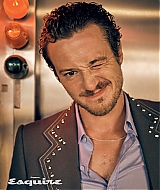 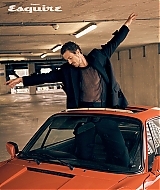